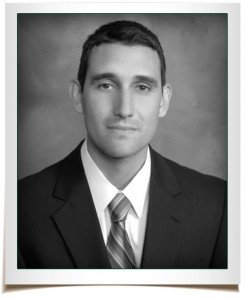 The term “race to the courthouse” may invoke notions of an attorney rushing to meet some court-imposed deadline or record a lien before another creditor. Rarely do we think of removal to federal district court in this context, but there is another type of “race to the courthouse” that can take place when an out-of-state defendant is served before a local in-state defendant is served.

Any civil action of which the district courts have original jurisdiction founded on a claim or right arising under the Constitution, treaties or laws of the United States shall be removable without regard to the citizenship or residence of the parties. Any other such action shall be removable only if none of the parties in interest properly joined and served as defendants is a citizen of the State in which such action is brought. (Emphasis added).

The so-called forum defendant rule prevents removal to federal district court based on diversity jurisdiction when there is a local in-state defendant in the lawsuit.   The majority of cases involve disputes over whether the local in-state defendant is improperly (some prefer “fraudulently”) joined. Defendants will often argue gamesmanship on the part of the plaintiff in joining a local defendant just to defeat diversity jurisdiction. However, a literal interpretation of the phrase “joined and served” allows for removal to federal court, despite the presence of a forum defendant, if the forum defendant has not yet been served. 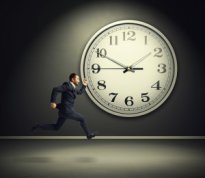 For example, assume that Acme, Inc. is sued in an unfavorable state court venue along with a local defendant named John Doe.   The plaintiff is not a local or forum plaintiff. Also assume that there is no question regarding the amount in controversy exceeding $75,000.00, or that Acme, Inc. is completely diverse from the plaintiff. Acme, Inc. believes that the plaintiff named John Doe as a local forum defendant solely to prevent removal based on diversity jurisdiction. Acme, Inc. prefers to litigate in federal district court and discovers that plaintiff served Acme, Inc. but has not yet perfected service upon John Doe.   Acme, Inc. immediately files a Notice of Removal on the basis that John Doe has not been served in the case. Under a textual interpretation of 28 USC 1441, removal is prohibited only when the local in-state defendant has been joined “and served.” Since the propriety of removal is evaluated at the time the removal petition is filed, Acme, Inc. is permitted to remove the case to federal district court since the forum defendant, John Doe, has not been served. Even if John Doe is served one day after removal, that fact will not divest the court of jurisdiction, nor will John Doe’s consent for removal be needed. Whether Acme, Inc. survives the forthcoming motion to remand depends upon the jurisdiction.

There is a split amongst the federal district courts regarding the interpretation of the language “and served.” Some courts strictly construe the removal statutes in favor of remand and rely on congressional intent rather than a textual interpretation of the statute. Generally, these cases stand for the position that removability cannot be based on the timing or sequence of service of process: Oxendine v. Merck and Co., Inc., 236 F.Supp.2d 517 (D.Md.2002); Sullivan v. Novartis Pharmaceuticals Corp. 575 F.Supp.2d 640 (D.N.J. 2008); and Vivas v. Boeing Co., 486 F.Supp.2d 726 (N.D. Ill. 2007).

There are not many cases available on the issue because the denial or grant of a motion to remand is not appealable. The best advice is to research your jurisdiction thoroughly to determine which side of the fence the courts fall on with this issue.