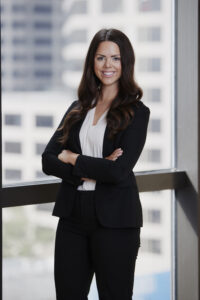 Mary Allison earned her undergraduate degree from LSU in 2017 and continued on at LSU to earn her Juris Doctor and Graduate Degree in Comparative Law in 2020 from the Paul M. Hebert Law Center. While in law school, Mary Allison served as both President of her Class and Vice President of the Board of Advocates. She competed on the ABA National Moot Court team for two years, winning one of the “Best Brief” awards her 3L year. She also was selected to compete on the ABA Labor and Employment Law Trial Team, and was chosen for membership in the Wex S. Malone Inns of Court for demonstrated excellence in Trial Advocacy.

Mary Allison is licensed to practice before all Louisiana state courts as well as the United States Eastern, Middle, and Western District Courts of Louisiana.